Daemonologie—in full Daemonologie, In Forme of a Dialogue, Divided into three Books: By the High and Mighty Prince, James &c.—was written and published in 1597[1] by King James VI of Scotland (later also James I of England) as a philosophical dissertation on contemporary necromancy and the historical relationships between the various methods of divination used from ancient black magic.

This included a study on demonology and the methods demons used to bother troubled men. It also touches on topics such as werewolves and vampires. It was a political yet theological statement to educate a misinformed populace on the history, practices and implications of sorcery and the reasons for persecuting a person in a Christian society accused of being a witch under the rule of canonical law.

This book is believed to be one of the main sources used by William Shakespeare in the production of Macbeth. Shakespeare attributed many quotes and rituals found within the book directly to the Weird Sisters, yet also attributed the Scottish themes and settings referenced from the trials in which King James was involved.

King James wrote a dissertation titled Daemonologie that was first sold in 1597, several years prior to the first publication of the King James Authorized Version of the Bible. Within three short books James wrote a philosophical dissertation in the form of a Socratic dialogue for the purpose of making arguments and comparisons between magic, sorcery and witchcraft, but wrote also his classification of demons.

In writing the book, King James was heavily influenced by his personal involvement in the North Berwick witch trials from 1590. Following the execution of a notorious sorcerer in the year 1591, the news of the trials was narrated in a news pamphlet titled Newes from Scotland and was included as the final chapter of the text. The book endorses the practice of witch hunting in a Christian society. James begins the book:

The fearefull aboundinge at this time in this countrie, of these detestable slaves of the Devil, the Witches or enchanters, hath moved me (beloved reader) to dispatch in post, this following treatise of mine (...) to resolve the doubting (...) both that such assaults of Satan are most certainly practised, and that the instrument thereof merits most severely to be punished.

As detailed in his preface, the main sources of this work were that of historically confessed witches, judicial case history and the Bible itself. He also amassed various dissertations on magical studies to expand his education on the relationships between infernal spirits and men. James generally sought to prove that the devilish arts have always been yet still are, but also explains the justification of a witch trial and the punishments which a practitioner of the dark arts merits.[A 1]

He also reasons scholastically what kinds of things are possible in the performance of these arts, and the natural causes of the Devil's power with the use of philosophical reasoning.[A 2] King James sought to prove the existence of witchcraft to other Christians through biblical teachings. As such, his work is separated into three books based on the different arguments the philosophers discuss, with citations of biblical scripture throughout the text.

This work acts as a political and theological dissertation in the form of a philosophical dialogue between the characters Philomathes and Epistemon who debate the various topics of magic, sorcery, witchcraft and demonology. The purpose seems to be an educational piece on the study of witchcraft and to inform the public about the histories and etymologies of all subcategories involved in magical practices. The work also serves to make formal accusations against the practice of witchcraft and comparatively elaborates James' views against papistry.[A 3]

In the preface, King James states that he chose to write the content in the form of a dialogue to better entertain the reader. By doing so, he follows the method of many philosophical writers prior to his time. As the main plot, Philomathes hears news in the kingdom regarding the rumors of witchcraft which seems all miraculous and amazing but could find no one knowledgeable on the matter to have a serious political discussion on the issue. He finds a philosopher named Epistemon who is very knowledgeable on the topics of theology.[A 4]

The argument of the first book is on the following topics regarding the description of magic:

The main argument of the second book is based on the following topics regarding the description of sorcery and witchcraft:

The third book is the conclusion of the whole dialogue. Here, King James provides a description of all these kinds of spirits and specters that trouble men or women. His classification of demons was not based on separate demonic entities with their names, ranks, or titles but rather categorized them based on 4 methods used by any given devil to cause mischief or torment on a living individual or a deceased corpse. He quotes previous authors who state that each devil has the ability to appear in diverse shapes or forms for varying arrays of purposes as well.[A 5][A 6]

In his description of them, he relates that demons are under the direct supervision of God and are unable to act without permission, further illustrating how demonic forces are used as a "Rod of Correction" when men stray from the will of God and may be commissioned by witches, or magicians to conduct acts of ill will against others but will ultimately only conduct works that will end in the further glorification of God despite their attempts to do otherwise.[A 7][A 8] The demonic forces were described as follows:

Newes from Scotland - declaring the damnable life and death of Dr. Fian, a notable sorcerer is a pamphlet originally printed in London in 1591 that details the infamous North Berwick witch trials in Scotland and the confessions given before the King.

The initial and subsequent publications of Daemonologie included a previously published news pamphlet detailing the accounts of the North Berwick witch trials that involved King James himself as he acted as judge over the proceedings. The deputy bailiff to the kingdom of Scotland, David Seaton, had a servant named Geillis Duncan who, within a short period of time, was found to have miraculously helped any who were troubled or grieved with sickness or infirmity.[A 13]

David Seaton examined her as a witch and obtained a confession that caused the apprehension of several others[A 14] later declared to be notorious witches. Agnis Tompson confessed before King James to have attempted his assassination using witchcraft on more than one occasion. The pamphlet details how she attempted these. She also participated in a sabbat during All Hallows' Eve[A 15] as her and others sacrificed a cat and sent it into the sea as they chanted in hopes of summoning a tempest to sink a fleet of ships accompanying James as he was arriving in the port of Leith from a trip to Norway. One ship was sunk from the storm containing gifts meant for the Queen of Scotland but the others including the ship transporting King James were unharmed.[A 16]

Doctor Fian was deemed a notable sorcerer and was among many others that were apprehended in the trials. The pamphlet details their reasons for conducting sorcery, the methods used, how each of the witches were apprehended and the torture methods used in their punishments and death. The case of Doctor Fian follows his compact with Satan, a conflict he had with another witch who sabotaged an enchantment meant for her daughter,[A 17] his examinations during the trial, the torture he endured, his escape and subsequent execution.

It has been noted that the themes taken from Daemonologie and King James' involvement in the North Berwick witch trials may have directly contributed to Shakespeare's work Macbeth. Evidence of this exists in the three witches use of ritual magic and direct quotes that directly relate to the testimony given from the witch trials described in the Newes of Scotland pamphlet. Macbeth had come into public enjoyment a few years after the publication of Daemonologie and retains many of the same Scottish themes and settings.

Daemonologie assisted in the creation of witchcraft reform, heavily inspiring Richard Bernard in writing a manual on witch-finding in 1629 titled A Guide to Grand-Jury Men, which advised judicial trial procedure to take a stronger investigative approach to acquiring and analyzing evidence and obtaining witnesses to be present during witch-craft trials.[3] There was also an influence on Matthew Hopkins in his work as a witch-finder between 1644 and 1646 in which an estimated 300 witches were tried and executed. In the year of Hopkins' death, 1647, he published The Discovery of Witches which directly cited Daemonologie as a source for creating methods in discovering a witch.[4]

The philosophical arguments King James poses through the character Epistemon are based on concepts of theological reasoning regarding society's belief as his opponent, Philomathes, takes a philosophical stance on society's legal aspects but sought to obtain the knowledge of Epistemon. This philosophical approach signified as a philomath seeking to obtain greater knowledge through epistemology, a term that was later coined by James Frederick Ferrier in 1854.[5][A 18] 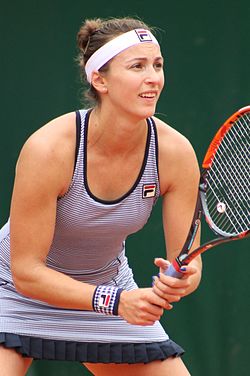 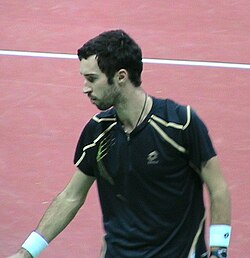 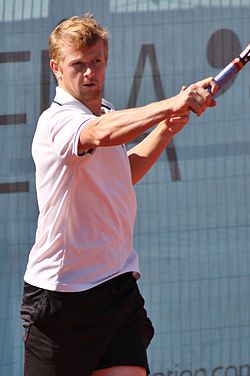 3 Coat of arms of the Dominican Republic