Radiohead performed an early version of "There There" on a webcast during the sessions for their 2000 album Kid A.[2] Most of Hail to the Thief was recorded in two weeks at Ocean Way Recording studios in Los Angeles in 2002, with Radiohead's longtime producer Nigel Godrich.[3] Radiohead recorded a version of "There There" at the studio, but were not satisfied with the results. According to guitarist Jonny Greenwood, "Sometimes it doesn't work at all, because you haven't got the real volume of a live concert ... that just doesn't really work coming out of speakers in your front room ... It just sounded a bit like we were trying to make a worthy 'live band playing together' recording."[4]

Yorke feared the song may be lost,[4] but Radiohead returned to the UK and recorded an alternative version in their Oxfordshire studio. Yorke said he cried with relief when he heard Godrich's mix, saying he had dreamed of how he wanted the song to sound: "And one day you walk into the studio and there it is. But you've not been standing there with a hammer and trying to beat it out of the desk or your guitar, it's not necessary. It's just there one day."[4]

"There There" is a rock song with layered percussion building to a loud climax.[5] It was influenced by krautrock band Can,[6] Siouxsie and the Banshees[7] and the Pixies.[4][8] Yorke said the song was "supposed to be comforting - 'It's alright, you're just imagining it'."[2] The subtitle "The Bony King of Nowhere" refers to an episode of the animated series Bagpuss, which Yorke watched with his young son.[9]

Yorke asked Bagpuss creator Oliver Postgate to create a music video for "There There", but Postgate, who was retired, declined.[9] Instead, a stop-motion animation video was created by Chris Hopewell.[10] Yorke instructed him to make a video similar to the works of the Brothers Grimm and Czech animator Jan Švankmajer: "Fifties East European genre animation, overlaboured and naive."[10]

The video debuted on the Times Square Jumbotron in New York on 20 May 2003, and received hourly play that day on MTV2.[11] The video won the MTV Video Music Award for Best Art Direction at the 2003 MTV Video Awards.[12]

"There There" reached number four in the UK Singles Chart and number one in Canada. It also received moderate airplay from US modern rock stations, peaking at number fourteen on the Hot Modern Rock Tracks chart, and was nominated for a Grammy Award for Best Rock Performance by a Duo or Group with Vocal.[citation needed] 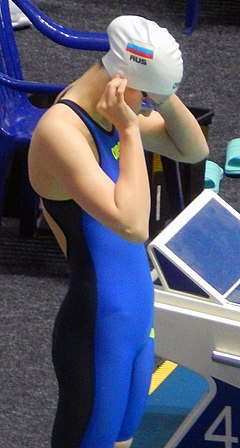 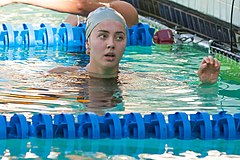