Music Glue is a specialist e-commerce platform for the music business which allows artists to sell physical and digital music, merchandise, and event tickets in multiple currencies and languages direct to fan.[1][2][3][4] The company is headquartered in London, with offices in New York and Sydney.[5][6][7][8]

Music Glue was launched in 2007 by Mark Meharry, with the goal of allowing artists to sell their music directly to consumers.[9][4][10] "Controlled filesharing" was introduced with the band Marillion.[11][12]

In July 2014, Music Glue became the primary ticket vendor for Gentlemen of the Road, a two-day festival in Lewes, Sussex.[14]

In September 2014, UK promotion group MAMA & Company announced a partnership with Music Glue for all applications for The Great Escape 2015, whereby artists applying to play the Brighton-based festival would need to create a Music Glue profile in order for their application to be accepted.[15]

In 2015, Public Service Broadcasting used Music Glue for pre-orders and direct-to-fan sales for their album The Race For Space which charted at number 11 in the UK Albums chart and number 1 in the UK Independent Albums chart, and for tickets for The Race For Space tour. That year, Music Glue also was the ticketing vendor for Mumford & Sons UK Arena Tour with up to 50% of tickets per show sold via the platform.[18]

Music Glue has been chosen by British Rock band Enter Shikari to be their official tickets partner on their UK and EU arena tour, selling direct to fans.[23][24]

In October 2007, Music Glue was nominated for a 'Best Innovation' award at the BT Digital Music Awards.[26] Music Glue had been called one of the "Top 100 tech media companies" by The Guardian.[27] 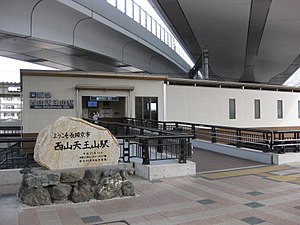