William Baumgarten & Co. was an interior design firm and the first American producer of Aubusson tapestries. The manufactory was active between 1893 and 1914.[1] 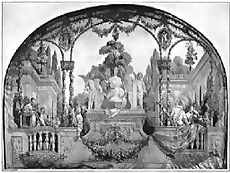 Design for a Baumgarten Tapestry in the 1890´s

In the 19th Century, the most important producer of tapestries in the world was the city of Aubusson, in France. It was there that Mr. Baumgarten found the Foussadier family who were taken to New York City to work in his company.[2] They had formerly worked at The Royal Windsor Tapestry Manufactory (1876-1890).[3] Antoine, Louis and Jean Foussadier handled the dying and loom work, whilst the females of the family, Madame Foussadier and her daughter Adrienne did all the needlework. By 1896 the factory had 40 artisans working full-time. Examples of Baumgarten Tapestries can be seen at the Metropolitan Museum of Art[2] and in the collections of the Vanderbilts, Rockefellers and Whitneys.

Baumgarten was the designer of William Henry Vanderbilt's house on Fifth Avenue[4] and of William Welsh Harrison's Grey Towers Castle (which is now part of Arcadia University) in Philadelphia.[4] Baumgarten was also the original designer of several rooms at the Plaza Hotel in 1907 (including the Edwardian Room).[5] 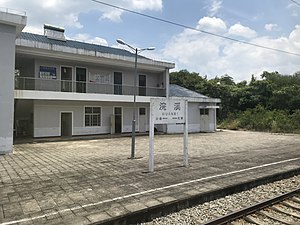