Gim (김), also romanized as kim,[1] is the Korean name for edible seaweed species in the genera Pyropia and Porphyra, including P. tenera, P. yezoensis, P. suborbiculata, P. pseudolinearis, P. dentata, and P. seriata.[2] The red algae genera are also consumed in Japanese cuisine, where it is known as nori, and in Wales and Ireland, where it is known as laverbread.

Along with miyeok (brown seaweed) and dasima (kelp), gim is one of the most widely cultivated and consumed types of seaweed in Korea.[3] It is commonly eaten as a banchan (side dish) and used to make seaweed rice rolls known as gimbap.[3]

The earliest mention of gim is recorded in the Memorabilia of the Three Kingdoms; this text, created during the Goryeo era, documents the history of the Three Kingdoms Period of Korean history between 57 BCE to 668 CE.[4] The book contains passages that say the Silla dynasty would use gim for part of their dowries. It is conjectured that the gim of this period was harvested from rocks and driftwood rather than being cultivated.[5]

Gim cultivation is the oldest aquaculture in Korea and there are several stories from oral tradition about its origins.[6] One version tells the story of an old lady in Hadong, South Gyeongsang Province who discovered a log covered in gim floating down the Seomjin River. This inspired her to cultivate the gim on upright support poles made of bamboo.[6] Another legend says gim was named after Gim Yeoik―the first person to have cultivated gim after seeing a drifting oak branch covered in it. Yeoik's story takes place on Taein island which is located in the mouth of Seomjin River in Gwangyang, South Jeolla Province, during the reign of King Injo.[6]

Early cultivation methods used bamboo or oak sticks. These were eventually replaced by newer methods that utilized nets. The method of using nets was first developed in the 19th century by a fish harvester who was inspired by gim that grew naturally on fish fences installed in the tidal waters of Wando, South Jeolla Province.[6][9] Gim cultivation continued to expand and spread throughout the southern coastlands of Korean Empire (1897‒1910).[6] Floating rafts have been used for mass production since the 1920s.[6]

Around 19,500 tonnes of dried gim are produced annually in South Korea.[10] Since naturally grown gim is insufficient to meet market demand, most of the gim produced for commercial markets is cultivated.[11] Pyropia is a widely cultivated species.

P. yezoensis is the most commonly cultivated species of gim, followed by P. tenera.[10] Wando, South Jeolla Province is the main production area for cultivated gim. Gim cultivation is traditional to the Southern parts Korean peninsula—the Honam, Yeongnam regions, and Jeju Island—as the algae only grow in the oceans around the southern part of Korean Peninsula.[11] However, due to increases in sea temperature, gim can now be cultivated further north and has spread to the Hoseo region in central South Korea.[11]

Gim produced during the winter in estuaries or the brackish water zone, with 1.024 ‰ salinity, is said to be the most delicious.[3][9] Seeding begins in autumn—between September and October—and multiple harvests can be taken from a single seeding throughout the winter months. The algae are known to grow well in sea water when temperatures are between 5–8 °C (41–46 °F). Gim that has been grown for 50 days is considered best for consumption, as the color and flavor are at their peak.[9]

Two main cultivation methods are used in contemporary gim farming: traditional "racks" method used for high quality gim that is similar to naturally grown laver, and the "floating rafts" method used for mass production.[11] Racks type gim, similar in quality to naturally occurring laver, is currently produced in some areas of Wando, Sinan, Gangjin, and Jangheung; however this type of gim is grown in fewer than 100 farms across the country. The number of farms that use the rack method has been declining due to high production costs, low cultivation yields, increasing water temperatures caused by global warming and aging fishing village populations.[11]

Racks type cultivation starts with planting bamboo sticks in the seabed.[11] Nets, to which the laver seeds can stick, are tied to the bamboo posts.[11] Several nets may be connected together.[11] Seeds are planted on the nets in September, often helped by the process of installing nets in multiple layers to facilitate the clinging of the seeds to the net; the layers of nets are separated and re-installed once the seeds are well attached.[11] The nets are subsequently moved to a farming area.[11] The rack type nets installed at gim farms are submerged during high tide and exposed to the sun at low tide; this limited exposure to the sun allows for a certain amount of photosynthesis that's helps maintain the original flavor of the gim.[11] Farming gim using the rack technique is an eco-friendly cultivation method.[11]

Gim cultivation with floating rafts is the most suitable for mass-production because it is less labor-intensive than rack cultivation. This method keeps the laver submerged in the water during both the high and low tides.[citation needed]

Gim is known to be abundant in protein, thiamine, riboflavin, and vitamins A, B6, and B12.[6] It is also known to have a high content of mineral salts, particularly iodine and iron, and essential amino acids.[9] It is considered a very healthy food.

When eaten as a banchan (side dish), dried sheets of gim are toasted with sesame oil or perilla oil, sprinkled with fine salt and cut into squares. It may also be deep-fried to make coated fritters called bugak.[6] For use in gimbap, the sheets are not toasted, but are instead used in their original dried state.[12] 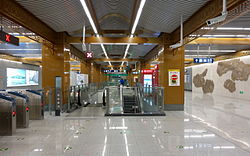 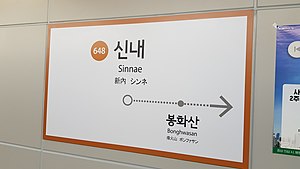 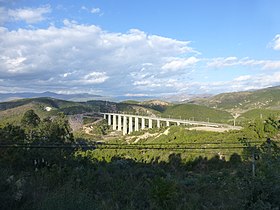