Medieval Serbia is an heir of Constantine the Great's Byzantium, the eastern part of the Roman Empire. Serbian Old Church Slavonic literature was created on Byzantine model, and at first church services and biblical texts were translated into Slavic, and soon afterward other works for Christian life values from which they attained necessary knowledge in various fields (including Latin works). Although this Christian literature educated the Slavs, it did not have an overwhelming influence on original works. Instead, a more narrow aspect, the genres, and poetics with which the cult of saints could be celebrated were used, owing to the Slavic celebration of Cyril and Methodius and their Slav disciples as saints and those responsible for Slavic literacy. The ritual genres were hagiographies, homiletics and hymnography, known in Slavic as žitije (vita), pohvala (eulogy), službe (church services), effectively meaning prose, rhetoric, and poetry. The fact that the first Slavic works were in the canonical form of ritual literature, and that the literary language was the ritual Slavic language, defined the further development. Codex Marianus represents the oldest found manuscript dating back to the 11th century, if not older, written in medieval Serbian recension of Old Slavonic. Medieval Slavic literature, especially Serbian, was modeled on this classical Slavic literature. The new themes in Serbian literature were all created within the classic ritual genres.[1]

The oldest known work to date of Serbian secular literature is the legend of Vladimir and Kosara recorded in writing in the Serbian state of Duklja in the 11th century. Surviving only in excerpts and in translation, it is both a love story and a heroic song about the righteous Prince Vladimir, executed unjustly in 1016 in consequence of a struggle for the throne.

Between the 11th and 13th century, the foundations of independent Serbian literature was formed. In this period, the direction and character of literature were built with an elementary system of genres in its main guidelines, with a selected and modified literary language. Only with the works of Saint Sava and the development of the autocephalous Serbian church did the Serbian literature receive the content that would make it an equal and active participant in the literary life of the Orthodox Slavic world. Hence, the 13th century was not only the new but main stage in the constitution of Serbian medieval literature. This stage ended sometime prior to the end of the century, with the ultimate standardization of the Rascian orthography in literacy and completing the creation of the main genres of the period: the Hagiography (žitije) and Divine Service (služba). The main literary centers of the early Nemanjić state were finally established by the end of the 13th century: Hilandar, Studenica, Žiča, Mileševa, Peć; in which the supply of Old Slavic general literature was filled with works of Serbian, domestic literary workshops. In the course of this century, Serbian literature sought to reach the height of Byzantine-Slavic literature, to join the community. The motive of these activities, its main driver, is in the creation of Serbian Orthodox cults, cults of the holy dynasty (the Nemanjić) and the autocephalous church. In order to enter the world of Byzantine and European civilization of the Middle Ages it was necessary for Serbia not only to have its independent state and independent Church but also to have its role in the general Christian culture of that time, especially participation in holiness, in a higher spiritual community, where the Serbian people was represented through "their [own] people". Its own literature was thus a necessary expression of social and national independence but at the same time integration in the spiritual ecumene of the Christian civilization through which it showed maturity and justified the political existence of the state itself on the world scale. On this basis, all of the specificalness of the old Serbian literature developed, as well as its universal, global identity: specificities are expressed in the creation of general genres, mostly in the hagiographical literature, i.e. the so-called "ruler historiography"; far less pronounced in hymnography, in poetry, where the canons of Byzantine poetics are quite obvious. The role of founding the father of the independent Serbian literature is held by Saint Sava, the youngest son of Grand Prince Stefan Nemanja, founder and first Archbishop of the independent Serbian Church.[2]

This list is incomplete; you can help by expanding it. 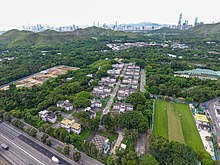 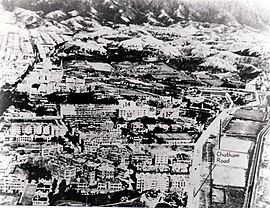 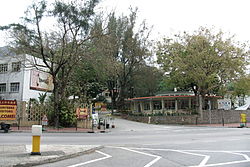 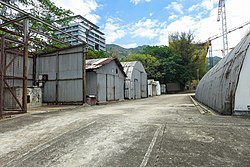