A baul playing a khamak.

The Khamak is a string instrument close to ektara, originating in India, common in folk music of Bengal, Odisha and North East India, especially Baulgaan. It is a one-headed drum with a string attached to it which is plucked. The only difference from ektara is that no bamboo is used to stretch the string, which is held by one hand, while being plucked by another.[1]

The khamak consists of three basic parts. A bowl which is often made out of wood is connected by several strings to another, smaller piece (also usually made out of wood). The bowl is held under the arm holding the smaller piece in the hand of same arm. Finally, the string are plucked by the other hand while adjusting the tension of strings creating the desired sound. It is generally used in Bengali boul (folk) songs. It is one of the most ancient string instruments in eastern India. 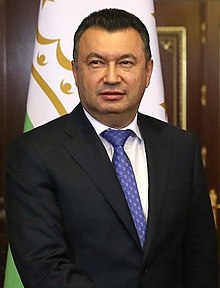 4 Christian tattooing in Bosnia and Herzegovina