Rogues of Clwyd-Rhan is a webcomic by Reinder Dijkhuis. It was started in 1991 as a small-press comic in Dutch, entitled De Rovers van Clwyd-Rhan. It had an online incarnation (in Dutch) from November 1994 to August 1996, making it one of the first webcomics, and one of the oldest still updating. However, no further storylines were published on the web until July 2000, when the language switched to English, and new material began running.

Rogues of Clwyd-Rhan is a daily fantasy webcomic appearing in a wide range of formats over the years. Initially inspired by the classic Asterix comics and the television serial Maid Marian and her Merry Men, it has taken on influences ranging from the work of Marten Toonder to Cerebus and the novels of Terry Pratchett or the graphic novels of François Bourgeon.

The core characters at the start of the series were the rogue Tamlin, a drunken, slobby version of Robin Hood, and his gangmates: the witch Atra, fan-girl-turned-gang-member Ragnarok, and Jake the Gnome. The gang have since been joined by the half-elven witch Kel, who has become the de facto lead of the comic. Former royal jester Jodoque joined later. Tamlin left the gang in the storyline The Corby Tribe and has not been seen since. His name was mentioned in a December 2006 strip, implying that he had returned, but when this storyline resumed in July 2007 the reference was revealed to be a red herring. It appears the gang has been joined by former barmaid Hildegard, but her status is not clear. Kel and Ragnarok both have very small children. In recent years, the gang has made its living through farming and land ownership rather than actual rogueing.

Although the Kingdom of Clwyd-Rhan is ostensibly based on Medieval Wales and occasionally even resembles it, it is an entirely fictional location.

Travel takes place between Clwyd-Rhan and the Gnomian Republic, a new country in which Gnomes, Elves, Faeries and similar creatures live in a sometimes uneasy peace. Travel can be done through Gnomian magic, which runs on conspiracies, through portals, or, as a last resort, by ship. 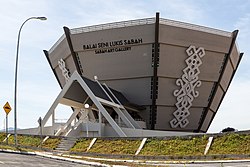 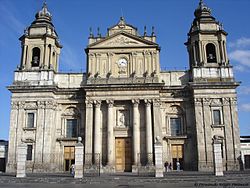 5 Coat of arms of Havana